Amazing, this is the word that will come to mind when you discover the ramparts of Provins!

Once the Provins Tourist Office is behind you, the road leads you straight to the Porte Saint-Jean, one of the 2 remaining fortified gates with the Porte de Jouy.

We advise you to go around the ramparts of Provins, from the outside by turning left, via the “Allée des Remparts” and the “Allée des Lépreux”.
Do not miss to admire the very beautiful perspective at the level of the Engine Tower (big tower at the corner).
So named because it is said that the metal parts used to make siege engines were stored nearby.

You can also gain height by climbing the ramparts, still at the level of the 2 gates, but on the inside!
Normally, you can go down into the moat to discover them below, thanks to the stairs. But due to major restoration work, access is temporarily unavailable.

All along your walk, you can have fun naming the different shapes of the towers: round, rectangular, almond-shaped, octagonal, hexagonal, trapezoidal, etc.
The builders were able to take advantage of the city’s wealth to demonstrate their know-how, building all the geometric styles.

It’s enough to make you dizzy…
Built between the 11th and 13th centuries, the ramparts are 25m high, and at the time were 5km long, certainly one of the most imposing fortified walls in France!
The Count was thinking big, in order to accommodate and protect the citizens and the many merchants that came for the Fairs of Champagne.

Today, there is still 1.2 km left around the upper town.
As in most cities, the missing part has been used to build or rebuild houses. You can still easily imagine the complete route thanks to the “Allées d’Aligre”, a very pleasant and favourite walking boulevard for the Provinois, which you can also take during your visit (see the purple circuit in the brochure “Visitor’s Guide” ).

This unique heritage has been restored since the 1970s, step by step.
The person in charge is the Chief Architect of the Monuments Historiques, Jacques Moulin; the project management is delegated to the City of Provins.
The companies and craftsmen working on this site are all approved: masons, stone-cutters, carpenters, roofers, electricians, etc. 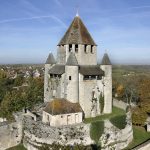 The Tithe Barn,
audio-guiged tour about the Fairs of Champagne! 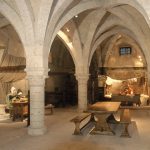 The Saint-Ayoul
Priory
of Provins ! 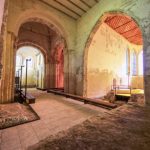 The Provins and Provins area Museum,
and its  unique collections! 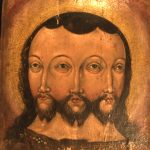